Scenario is a topic which the bot could answer their audience. Step is a sub-topic. A scenario is a group of steps which have same topic. Example: Event Chatbot 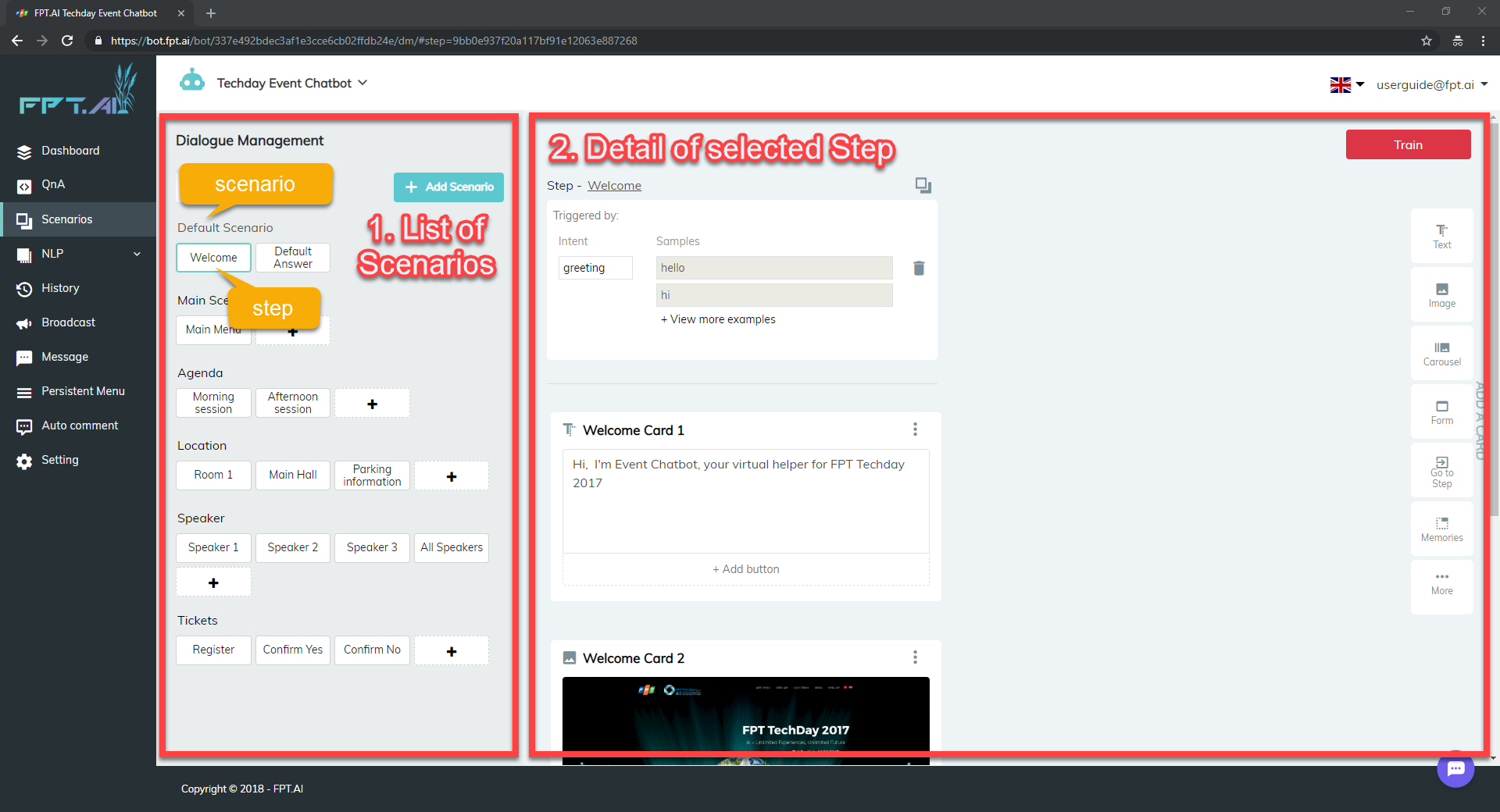 In other words, a step has: 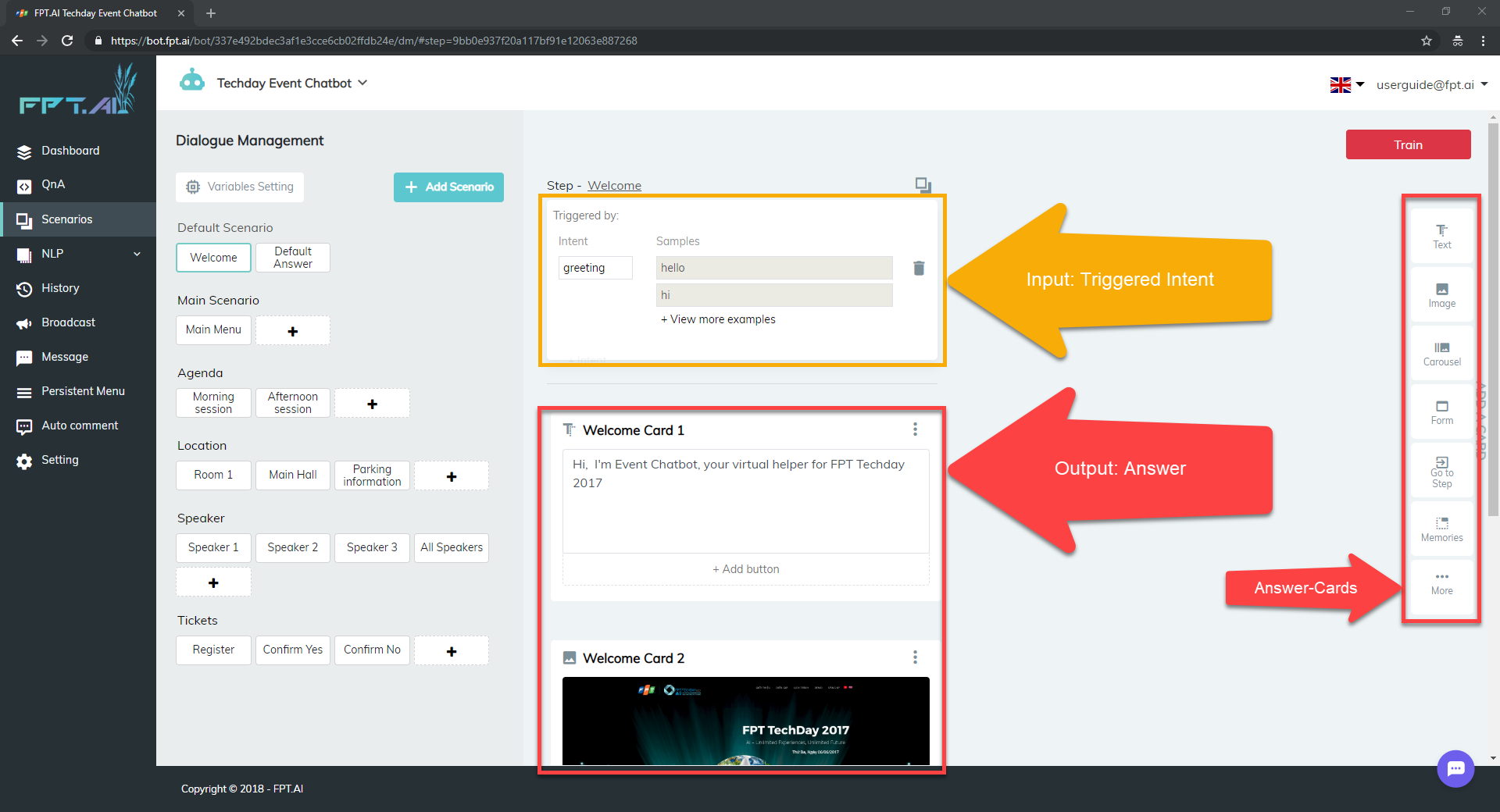 User define a triggered intent and its samples to teach the bot if end-user say something meaning the intent, go this step to answer.

For details of intent and samples, please read more in NLP section.

Answer could include multiple answer-cards with different types: